Although the name of Amsterdam seems to be derived from the old Aemstelledamme, ‘dam in the Amstel river and the city obtained town or municipal rights in 1306, it tends to pretend it already obtained them in 1275.
The first time the name of the city of Amsterdam was ever documented was in 1275 when Count Floris the 5th gave the city “toll rights”, which meant that the merchants of Amsterdam became free to travel through the entire County of Holland to promote their wares duty-free.
Floris the 5th was murdered in 1296; Aemstelledamme had been under the rule of the Bishop of Utrecht until that time; it was not yet a part of Holland although it had wanted to. The death of Floris put an end to those ambitions. This proves without a doubt that the city received its municipal rights at a considerably later date than 1275.

The fact that it had been given toll rights by Floris had nothing to do with town rights.

So why does Amsterdam presumes it received them in 1275?
Simply because the town (formally still “the village”) at that time obtained the right to sail the length and breadth of the County of Holland without having to pay toll, duty, or levies, now these rights were not given to villages, these were the sole rights of towns, not hamlets.
The toll rights were a gift that Floris bestowed on us; he was in no position to give us Town rights; we were not under his jurisdiction; we belonged to Utrecht, not to Holland. Only the Bishop of Utrecht was entitled to give us town rights, not the Count of Holland. And that’s what happened, around 1302 or 1306, the Bishop of Utrecht Guy of Henegouwen gave the city the rights to hold markets ask duty or toll as it was called then, build defensive walls and have its own judiciary, in short, Town Rights. How do we know it was no earlier than 1302? Because that’s when the said Bishop was ordained and took up his seat.

Liberated by the Flemish, oh yeah!
The Bishop of Utrecht and his brother (Jan of Henegouwen) were in 1304 forced to flee from the Flemish who occupied both Utrecht and Holland.
In Utrecht, they installed the Lichtenberger’s and the Fresingen as their henchmen, and in Holland, they choose the Lords of Aemstel. The Lords got busy and send letters to all the guilds asking them to agree to see Amsterdam as a town with town rights. The guilds all agreed to do so and send letters of confirmation in return. So when the Bishop returned in 1305, he could do little but respect their decisions. He was, after all, known as a man of compromises.

The Bishop of Utrecht, upon his return, was confronted with the letters sent by the guilds and no longer being able to depend upon the counsel of his brother Jan he decided to grant Amsterdam town rights.
It could therefore be said that the procedure started with the invasion of the Flemishin 13044, continued with the sending of letters to the guilds on the 9th of May 1304 the record and the return of Bishop Guy of Henegouwen in 1305 the final authorization.

The actual transfer of power over Amsterdam to the Lords Aemstel occurred a year later, on the 13th of June 1306. The date is disputed as the seal that sealed the document with the date on it went missing. The date is disputed, but the year is not.
It’s also certain that during the Flemish occupation, all belongings of the Lords of Aemstel belonged to the Bishop of Utrecht, even though the rulers of Holland could pretty much do with them as they pleased as Utrecht was militarily winged at that time. Upon the death of Bishop Amsterdam transferred to the County of Holland, the Bishop having been related to the then ruling Count of Holland, Willem the 3rd.

So why does Amsterdam persist on 1275?
Call it romance, no real desire to rewrite what everybody already perceives as honest to God history. The official documents are kept at the town archives in Utrecht, papers on the toll rights in the archives of Amsterdam. Also, in 1975, the local government spend a fortune on the celebration of 700 years of existence by the City of Amsterdam. Why tell everyone that that was not entirely correct.

There remains one remarkable contradiction to deal with, though. The city archive contains a document sealed by the seal of Floris the 5th that grants Amsterdam its town rights. However, Floris had absolutely no say in the matter; he could grant toll privileges over his own land but had no jurisdiction in Utrecht, where Amsterdam then belonged.

Does this all sound odd?
No, not entirely; you could say that by obtaining toll privileges, the city could behave like one; it granted them economic opportunities and power. The Ink them another 200 hundred years before they found it necessary to build a city wall as a defence showed that they feared no one; she was the region’s dominant city. 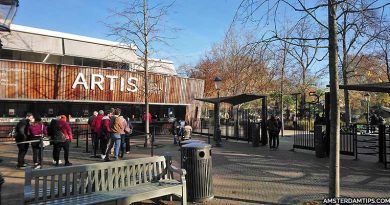 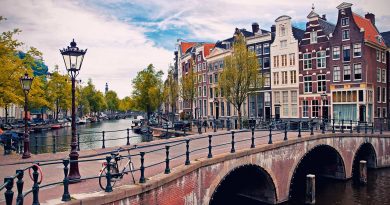 Living in Amsterdam is Cool 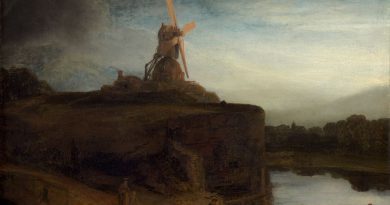