It was the 15th of March 1345 when a man fell sick at a house on the Kalverstraat. A priest was called to administer the last sacraments to him. This is when a dying man receives his last communion, the bread and wine representing the body and the blood of the Lord Jesus Christ, the Son of God.

The Host did not burn
Unfortunately, the man was no longer able to hold any food down and threw up in a bucket held at hand. The contents of the bucket were then thrown into the fire where the host (bread) refused to burn up.
It is also rumoured that the host hovered above the fire.

The priest in question was asked to bring the host to the St Nicholas church (now called the old church) the next day where it miraculously disappeared from only to show up again in the Kalversraat. 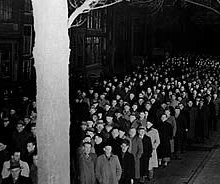 At this point, there were those who already believed that a miracle had taken place. The priest then called upon all the believers to join him in a solemn procession and bring the host back once more to the St Nicholas church. The host then unexplainably returned to and was found once again in the Kalverstraat.

The acknowledgement of a miracle
The administrators and the clergy of Amsterdam acknowledged that a true miracle had taken place and it was decided then that every year on the first Wednesday after March the 12th a solemn procession would be held. Taking part in the procession would grant people absolution, the forgiveness of sins. The yearly processions were held until 1578 and always took place the first Wednesday after March the 12th unless Easter came early in the year.

Eventually, Amsterdam turned into a popular place of pilgrimage for the faithful.

Maximilian of Austria, emperor of the Holy Roman Empire was sick once, he decided to join the procession and was miraculously healed. He was so grateful that in 1489, he gave Amsterdam the right to place the Crown of the Holy Roman empire above its city crest. It is the same crown that still crowns the top of the Wester tower.

Protestants versus Catholics
In the 16th century, the chapel build on the spot where the miracle had taken place fell into the hands of protestants. The host was moved to the chapel at the Begijnhof and the processions were prohibited. It was not until 1887 that they were once more allowed to take place. In contrast to the previous processions which were loud, they now choose to have them be silent and so they became known as the silent procession.
The protestants were not pleased with this display of silence and looked upon it as a provocation whereupon they burned the original chapel on the Rokin down.

An increasing interest
These days, each year about 8.000 believers take part in the procession that leads along the Heiligeweg (Holy road) and the News. It is still a silent procession, no one speaks.
There’s an increasing interest by young people looking into in taking part in the event and there’s additional information available for them. Further information is available on the WEBSITE ALSO IN ENGLISH of the community of the Silent Procession.