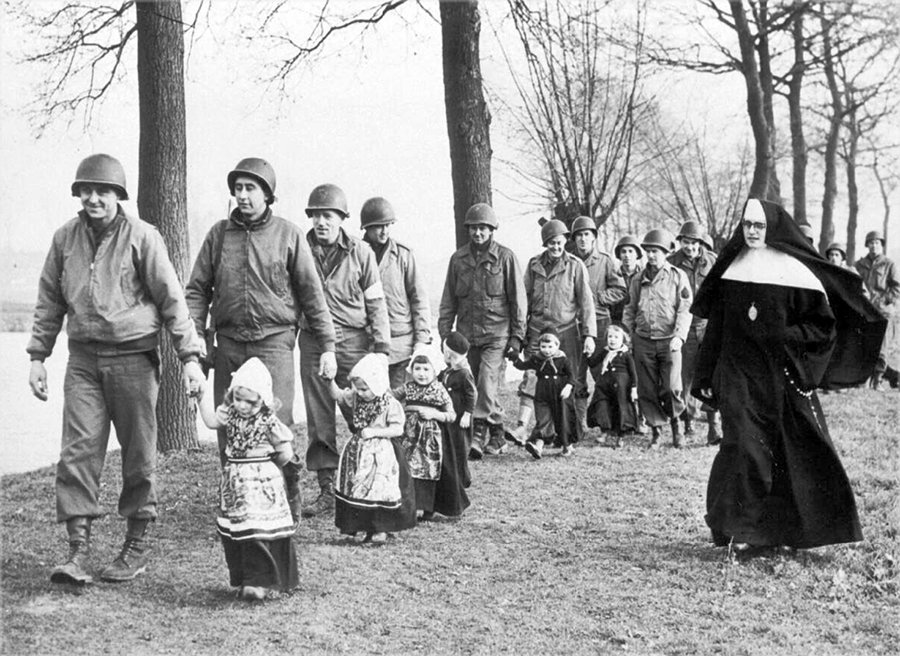 It seemed to be only a matter of time before the German occupation would end in 1944, morale was down among its soldiers, and that got worse each coming day. Nazi leadership was beginning to crack, the once supreme war machine was running out of fuel, literally and figuratively, and Hitler no longer trusted his generals.

Sad to say, for many, the worst was yet to come
It was to be quite some time yet before The Netherlands were to be fully liberated. Notice I used the word fully because parts of the South did become liberated in 1944. The North, that’s North of the river Rhine, remained firmly under the control of the German occupying forces. You might have seen the movie “A bridge too far,” that was partly why, I say, partly because the allies main objective never was to free The Netherlands; it was to get to Berlin before the Russians did, which they failed to do. But back to the North, the Dutch government in exile smelled victory too in the fall of 44 with the allies having liberated France and Belgium and their troops standing at the borders of Germany. The Dutch government called for a national railway strike in September 1944 to aid the war effort. The strike lasted for months, crippling German supplies and transport; they sought revenge.
The allies also launched an air assault on German troops near Arnhem; the purpose was to keep them pinned down there, it failed to do so.

A cold winter
The Nazi’s in retaliation for the strike, closed down all roads. Nothing moved anymore, no food, no fuel, no coal, which most people still used for heating. The West of the country, with its large cities, soon faced shortages of all commodities. The people grew hungry, but that’s not all; it also turned out to be one of the worst winters ever. People started to burn wood instead of coal, the houses of Jews who had been deported to Germany and Poland stood empty; soon, everybody was stripping them down, looking for anything to burn. More threats
As food was no longer reaching the West, many of its residents left the cities looking for food up North. These where called hunger treks (hongertochten.) Most farmers were willing to help, but then you had to pass the German checkpoints. While nothing moved on the roads, this also affected the ordinary German soldier; they also lacked food because of the blockades. So a lot of edibles were confiscated by grateful, hungry German soldiers.
And while the farmers were usually willing to help, not all did so out of generosity; many asked hefty rewards of those who came to them for assistance. They knew how bad the shortages were and made huge profits out of them. The family jewels were often traded for as little as a sack of grain. The West of the country was now in famine.

Beetroot became one of the main staples in the city, along with tulip bulbs.
Potatoes were rare and only available to the rich; people would scurry along their houses looking for potato skins, beetroot was eaten as well, and tulip bulbs. People who actually ate these bulbs will testify that few things are of fouler taste than tulip bulbs.

The allied air force started dropping food over The West several days before the end of the war. This was called operation Manna, executed by the RAF. The Americans took care of Amsterdam in operation Chowhound; they used Schiphol airport as a dropping zone. The food was collected and passed out to the population. The rest of the Netherlands did not become free of Nazi occupation until their final surrender on May 4th and May 5th. It was left to the Canadians to liberate us.

The toll
Over 20.000 people died of starvation during the hunger winter, including an infant that should have become an uncle of mine.

Pages about the second world war:

The hunger winter is window number 42 on the Canon of Amsterdam.