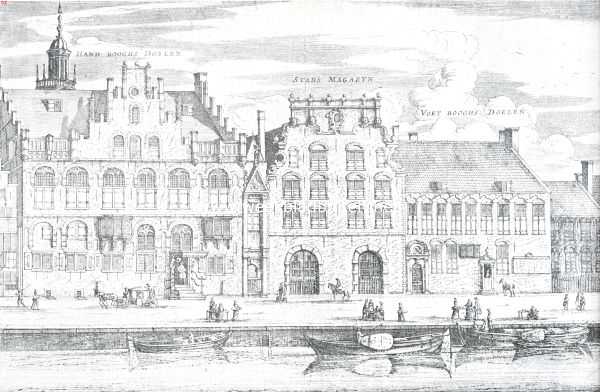 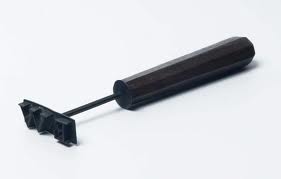 Slaves were branded with a slave mark; it contained the initials of their master. The picture is courtesy of the Tropical museum Amsterdam. The society of Suriname owned the colony of Suriname. The society consisted of three groups, and the city of Amsterdam was one of them. Profits were important to the city, and when it came to the colony of Suriname, things were no different. Suriname exported sugar and, at a later date, also coffee. African slaves produced these on various plantations. The slave trade as well was something Amsterdam made considerable money on.

De Society of Suriname (1683)
The official residence of the mayor of Amsterdam, Herengracht 502, bears an ugly remembrance of an unsavoury period in the city’s history. A small commemorative plaque reminds its readers that, until 1690, Paulus Godin lived and worked there as a slave trader and administrator of the West India Company. He was also director of the society of Suriname. Both these organization were responsible for the slave trade between Africa and the Caribbean.

The WIC was founded in 1621 and modelled after the VOC (East Indian Trading Company). The company traded with both North and South America but was never as successful as its contemporary VOC. For one thing, it never had the monopoly that the VOC had on its trade to Asia. Actually, at first, they primarily made money from piracy and smuggling. By 1675 the powers that were decided that it was time for a change; it was determined that the company would focus on the slave trade to Suriname from now on.

It was an area where primarily sugar cane was cultivated; later, coffee plantations were added. It was hard work, labour-intensive; the administrators calculated they would need about 2500 slaves a year; these were captured in Africa and transported to Suriname by the WIC. The company was paid for them in sugar. A slave was worth 5000 pounds of sugar.

The exploitation of Suriname itself was in the hands of the Patented Society of Suriname, founded in 1683. Its headquarters was in Amsterdam. Three parties owned the Society: the WIC, the city of Amsterdam and the richest family in the Netherlands, of Aerssen of Sommelsdijck. Society made a profit from slaves being transported by other parties. Anyone who had the intention to transport negros-slaves from the shores of Africa to the colony of Suriname, with the purpose to have them sold there, was to pay income tax to the Society of Suriname.

Suriname was a popular place; natives of Amsterdam travelled there in search of a fortune. It was said that there were big profits to be made there. Immigrants to Amsterdam who had failed to integrate here also went there to try their luck. French Huguenots, Jews and Germans set sail from Amsterdam to head for the colony. They weren’t all successful, and yet, Europeans always seemed to be in short supply. They even send juvenile delinquents from the “Rasphuis” so that they may become honest lads. In 1690, 27 boys and 20 girls from the almoner’s orphanage were put on a ship to be distributed among the planters.

Suriname was rather important to the city, primarily because of the profits that were made on sugar. Raw sugar was being refined in Amsterdam, prepared for consumption and export. The city counted around 1750, no less than 90 sugar bakeries. It wasn’t only sugar from Suriname that they processed; they also took in sugar from the British and French colonies.

At the end of the 18th-century, things went downwards with the WIC. The colony didn’t do well either; there seemed always to be a shortage of people. At the beginning of the nineteenth century, the slave trade came, mostly under pressure from the British, to an end. Slavery was finally abolished in Suriname in 1863.

De Society of Suriname is window number 20 in the Canon of Amsterdam.