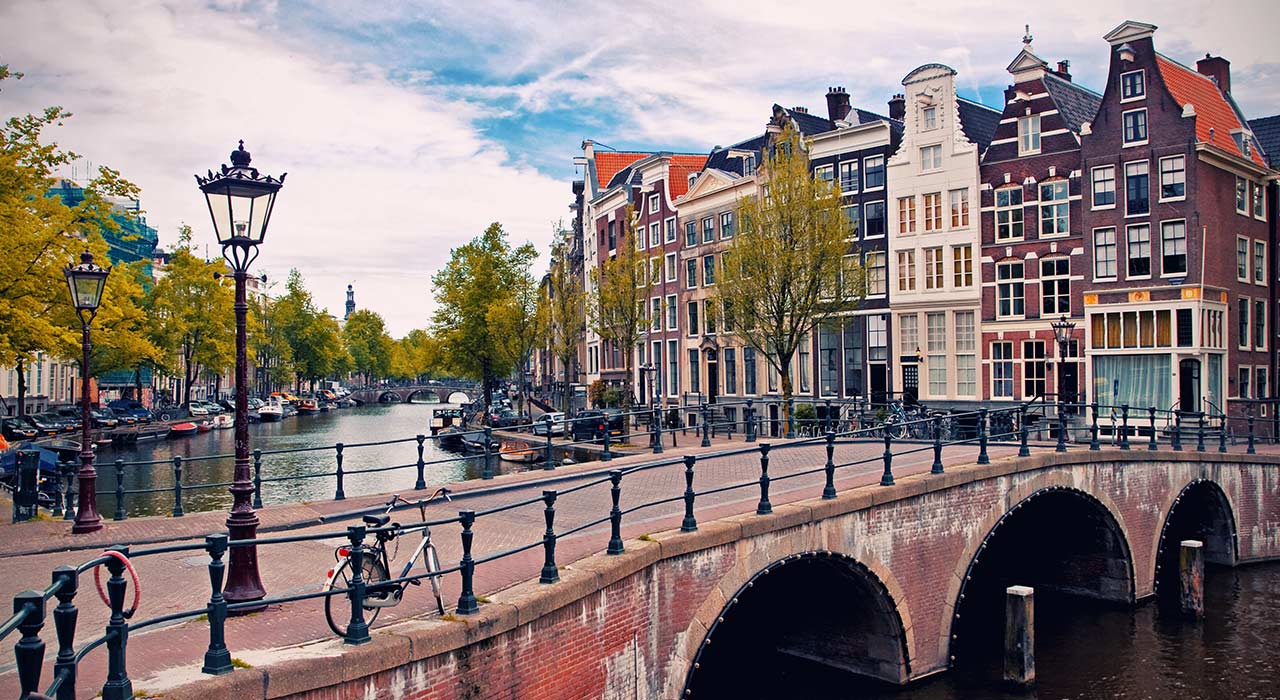 It seems like that if you’re young and working or studying in Amsterdam that you must also live there. Living in Amsterdam is cool. Exciting etc. But to live somewhere, including in this city, means you need a pad, a flat, an apartment or at least a room and finding a place to live in this city isn’t all that easy.

Thousands of new students descent upon Amsterdam each year granted a lot of leave, but it seems there are always more of them coming than going. But it’s not only students that seek housing; ex-pats are also on the prowl, driving prices further and further up. I could leave this place, move back in with my mother and rent my own house out to some ex-pat for trice the rent I pay myself. Fortunately, that’s illegal, and my mom is fond of her privacy.

Folks easily pay up to 450 euros a month for a small room, sharing toilet, bathroom and kitchen.
Amsterdam tries hard to keep an eye on the housing market and has strict rules to make sure the poor are taken care of with affordable living space. But wherever there are rules, there will be people who break them and try to make a buck out of someone else’s misery. Housing fraud is easy to do and hard to detect. Through “meld punk zoeklicht” (helpdesk searchlight), the city tries to track down abusive situations and correct them.

Unfortunately, this only pertains to lots that are part of the so-called (in Dutch) distribution channel, iow, social housing, low rental flats and apartments meant for the less fortunate. The free housing sector (read expensive) is free to charge as much as they want.
Renting out rooms is seen as the “making available of dependant living space” it’s allowed and one of the students favourite ways of finding a place to call home for a while.

The second house in Amsterdam
Some people rent a pad in Amsterdam but don’t live here; now, this city has had a shortage of affordable housing for as long as I can remember. The town council considered correcting this by forcing the absent tenants out and making the dwellings available to those in need. Sad to say, that’s legally not possible. So we continue to suffer the consequences of capitalism where some have too much and others not enough.

So how much rent should you pay?
Determining how much rent you should pay for your social housing is not all that difficult. The powers that be have given every aspect of either house or apartment several points. Measure up the size of your house, see how many points that works out to be and follow the checklist, what you have and what you don’t have, and at the end, add everything up and find out what your landlord is legally permitted to charge you. Suppose you pay too much, call the hour-commission (rental commission) and protest. If you’re right, they will make your landlord charge you less. Again this only pertains to social housing, not the “so-called free sector. They remain free to rip you off left, right and centre.

A room and exactly the kind you want
Student apartments
Amsterdam has several large apartment buildings primarily build for students. You live in a large building full of fellow students and share bathroom and kitchen facilities with others. A wonderful invention unless you have to cram your brains out. A great place to socialize, meet new friends, find solutions to problems etc. Studying may, however, get in the way of your socializing.

The landlords and lady’s
Several people own large houses and rent out a few rooms to make ends meet. It’s a bit like a sleepover but permanent. You live in, in someone else’s house. That doesn’t have to be a bad thing; it can be a form of protection, you being protected from yourself. They will probably have a few rules in places like keeping decent hours and no boys or girls overnight.

An extra room = a life in student
There’s an economic crisis on, and there are folks who would normally not think of bringing a stranger into the house to live with them. But as times are changing and the economic wind is not blowing their way, they may see no other option if they want to maintain the standard of living they are used to. The taxman usually leaves this extra obtained income alone.
Living in can become a little lonely; the folks you live with may be tedious, but on the other hand, you might get a fair bit of study done.

Temporary student quarters
There are a lot of empty office buildings dilapidating in the city. Some are being transformed into apartments; another thing the city does is turning empty industrial containers into student housing. Other premises that are waiting to be demolished may also be temporarily left out to students.
One thing to be said for this formula is that you know exactly what you’re in for and, most importantly, for how long. It also means that you know you’ll have to move out, and you also know when. It is, of course, possible that for unforeseeable reasons, the actual demolition date could be postponed, and you find your stay somewhat extended.

Subletting, always a risk
The city tries to ban the practice out but is not very successful in its endeavours. Most students don’t really care; they’re glad they’ve got a roof over their heads and don’t have to worry anymore. One drawback is that you can’t have yourself registered on that address; subletting is also illegal, and while you are not the culprit and punishable by law, the guy who rents out your pad is, and if he’s caught, you’ll be out on the street.

There’s a lot of money to be made in the housing business; beware of having to pay registration fees, try to get things on paper, if you’re new in town, find someone who’s been through it to help you. Don’t give in to pressure, don’t make deals on the street, don’t fall for the “ten others are waiting behind you” line.