Contemporaries
This, the 32nd picture window on the Canon of Amsterdam, should really be dedicated to only two men, Floor Wibaut and Willem Treub. They were councillors of the city of Amsterdam’s town council.

Floor Wibaut
The floor came from Vlissingen, a town in the province of Zeeland opposite the British coast. He moved to Amsterdam in 1904 and stayed there until he died in 1936. He was known as a smart businessman and a celebrated politician. Through his affluence, he was able to influence society. As a labour party member on the Amsterdam town council, he pushed through quite a few politically unpopular measures. His purpose was to make things a little easier for the city’s poor.
Wibaut, on the other hand, was, from 1899 until 1914, a director of a timber company called Alberts. He remained a shareholder and was on the board of directors until his death. As a town councillor, Wibaut laboured hard and long to provide socially affordable and decent housing for the city’s less fortunate.

Willem Treub
Treub came from The Haque and was a councillor of public works. His achievements included the nationalisation of gas, electricity, telephone, trams and water mains companies. (Oh, how they must have hated that man). He was a progressive liberal and a leader of “the Radical Union,” its primary purposes were the expansion of the right to vote and social legislation. After the outbreak of the first world in 1914, he became one of the leading men that were to reign in the consequences of the economic crisis.

1894, The city council ends up with more responsibility
Whether they like it or not, the city’s administration saw itself forced to collect garbage, provide clean drinking water, cheap electricity and such. After all, the citizens of Amsterdam deserved to be well taken care of. The council, though, wasn’t all that pleased; it decided, against the people’s will, to leave all this to private companies that ended up overcharging and underdelivering.

Another thing the city struggled with was widespread poverty, especially in the Jordaan district and the area around the Nieuwmarkt and Waterlooplein. Many of the people in these districts lived in total squalor. Our two heroes Treub and Wibaut, got together to provide better living conditions and strove to nationalize the city’s utility companies by which costs to the public went down. Now the Netherlands weren’t the only country where this was happening, but what we have seen lately, during the last decennia, is that governments have reversed these policies and once again privatized all those services with various results. Gas and electricity prices, for instance, have risen through the roof and will continue to do so until the government once again will see itself forced to step in. National health insurance is another example of where things are not going well. It will soon become unaffordable to many people; already, as it is compulsory, the nation is forking out a huge amount of money each year to assist those who can no longer meet the premiums.

After the end of world war, one is seen as a front runner of the blessed welfare state. It all started with the city controlling the water mains; the whole process was called “gas and water socialism.”

It’s hard to see where the tangible evidence of this window in the canon is to be found unless I take a look in the cupboard underneath the kitchen sink. Yes, that’s where I can look upon some plumbing that goes back to that era, the days in which plumbers still used lead. 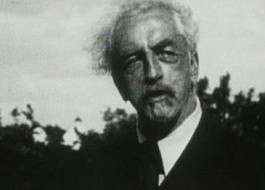 Gas and water socialism is window number 32 on the Canon of Amsterdam.