Diamond is really nothing more than a carbon compound, but that doesn’t make it any less beautiful or rare

and therefore desired and valuable. Diamond is used as jewelry but also in drilling as it is one of the hardest substances on earth.
Raw diamonds are cut and polished to create that sparkling shine that is so characteristic of the stone.
The first diamond cutter was registered in Amsterdam in 1586.

The diamond trade in Amsterdam was traditionally a Jewish affair. It was a free profession, meaning that it was open to all peoples, creeds and faiths. That may seem natural now, but that wasn’t always so. Jews were in many countries seen as a threat because, for one, they refused to become Christians, the norm in those days, and secondly. After all, they were rather good businessmen and professionals. Many Jews came to Amsterdam because here they experienced a large amount of freedom instead of persecution.

One of Amsterdam’s oldest diamond cutting companies is established in the current diamond museum on the P. Potterstraat. This is where the 108-carat Koh-I-Noor was cut.

Amsterdam is officially a diamond town, but it, not the only one. There are more towns where diamonds are processed. After world war two Antwerp took over first place from Amsterdam.
The world-famous ‘Amsterdam Cut’ was perfected by Amsterdam’s diamond cutters from Gassan Diamonds.

AND
At the end of the nineteenth century, the diamond cutting business had become one of Amsterdam’s primary occupations. It became necessary to start a union that would come up for the rights of the workers engaged in this trade, and in 1894, the ANDB was founded.
As it were mostly Jews who worked in this field, they also tried through its existence to gain some political influence. It was, however, a strike at a Christian diamond cutter that drew the Jewish firms into the fray and, in the end, led to the creation of a trade union.
It was the first organization where both workers and management agreed to sit together and try negotiations to work things out. 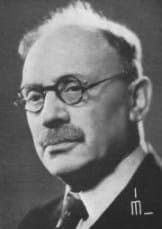 Henri Polak
No, that does not captain Mannering from Dad’s Army, that’s a picture of Henri Polak, and he was Jewish, not Polish. He was a politician and a supporter of women’s suffrage. He spends quite a few years in parliament in both houses. He was also a member of the Amsterdam city council for a while. He used his political influence to start a party called SDAP. It would later change its name to PvdA, the Dutch labour party, until recently one of its main political parties. He was a man of culture; he was also a preservationist. He didn’t believe in tearing everything down to build something new, and he appreciated the past. He tried to bring music and literature closer to the people. He was in favour of shorter working hours and longer vacations.

Blood Diamonds
There’s been a lot of talk about blood diamonds the last few years. Diamonds were sold to finance wars and rebellions. It was former president Charles Taylor of Liberia in particular who was accused of this. The trade has become quite a bit more regularized because of these practices. The trade-in Blood diamonds is prohibited.

The General Dutch Union of Diamond workers in window number 34 on the Canon of Amsterdam.