During the nineteenth century, Amsterdam was under the impression that the city was dying; why did it think this? Because other towns on the IJsselmeer were. The port was performing poorly and had been for a while; it didn’t look like things would go any better soon either. Trade was considered the only way to economic recovery. The city was also short of money; it looked dilapidated, there was barely enough money to repair the bridges.

However, not all news was bad; in 1876, parliament agreed to allow the Athenaeum Illustre the right to call itself a university. The status of the city all of a sudden reached new highs, but the best news of all was that the Northsea canal was finally ready. No longer did ships need to sail around the tip of the province of Holland and then all the way down again to reach Amsterdam. No sir, they could now enter the locks at Ijmuiden and make a short trip eastwards and reach the city. 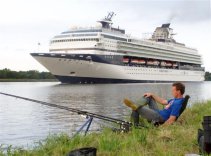 Digging the canal had been technically difficult; it had been a risky financial undertaking; the national government would not contribute a cent; it had just finished paying for a canal to the sea for the city of Rotterdam. Amsterdam’s elite hesitated for a long time before it decided to participate. Technically, digging the canal was so difficult that the only one who dared to take on the job was an Englishman. On the illustrious date of March eight, 1865, the first shovel met dirt. The heavy work. Like digging through the dunes was done by day labourers. They lived where the work was, often under deplorable conditions. Sometimes they slept in holes in the ground covered by twigs and branches mixed with clay and peat. The canal took about 10 years to complete.

It worked; things began to change, trade picked up again, the city’s harbour got a complete overhaul, gigantic warehouses arose in the Eastern Sector, a new railway station was to be built on the canal’s shores. Three islands were fabricated upon which it was to rest. The trains were to get as close to the harbour as possible to simplify transporting goods from the ships onto the wagons. The station was finished in 1889. One thing that had also changed was that the famous view over the water mentioned in song and poetry for ages was gone for good.

The city went once more through a golden period after the canal was taken into use. The minister of the interior called it the stimulus that had brought the capital back to life.
The canal is 21 km long and 270 meters wide. It’s the main naval artery into the city; 100.000 ships pass through the canal each year.

SAIL
The busiest day on the canal is always during the SAIL IN (LINK) it’s a maritime festival that Amsterdam hosts every five years.

Big enough, deep enough, wide enough? Never!
At the opening of the canal, it became immediately apparent that all was not well. For one, the contractor had gone bankrupt, and the canal was too small. The locks were too small and had to be replaced by bigger ones, and the canal itself was neither deep nor wide enough. So back to work they went. In 1883 the national government stepped in and took over; the canal was simply too big a project for the city to handle.

The Northsea canal is window number 28 on the Canon of Amsterdam.