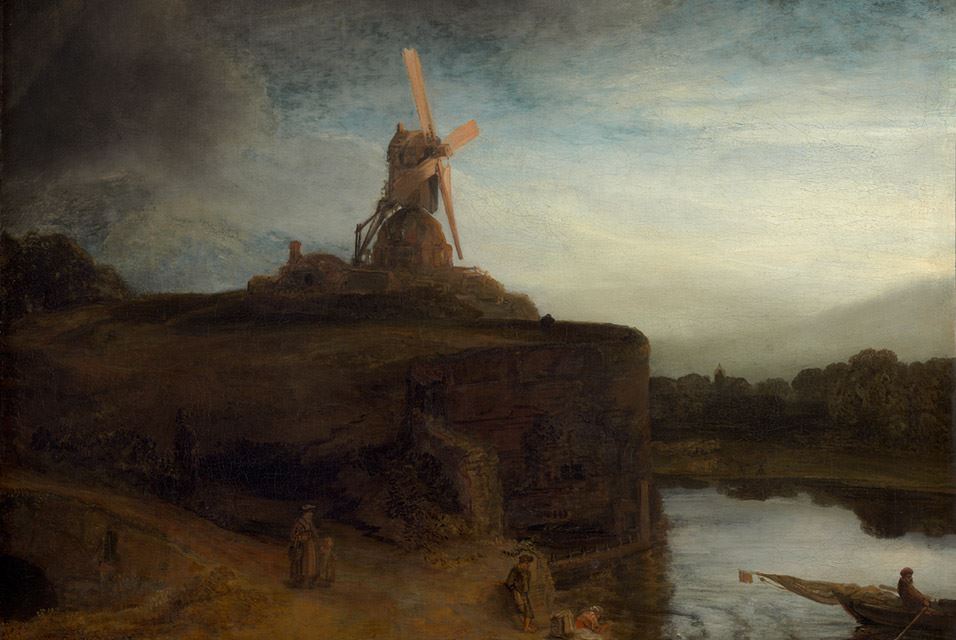 Rembrandt disliked going to school but loved painting and everything about it. He took an apprenticeship with a history painter called Jacob of Swanenburgh from Leiden and served with him from 1619 until 1622. In 1625 he moved to Amsterdam, where he took up another apprenticeship with Pieter Lastman. He opened up a gallery in Leiden and tutored, among many others, Carel Fabritius, Govert Flinck en Ferdinand Bol. Constantijn Huygens convinced Rembrandt to move back to Amsterdam; he obtained many assignments and married Saskia of Uylenburgh in 1634. After 3 miscarriages, they finally had a son whom they called Titus. At first, they lived in the Nieuwe Doelenstraat, but later on, in 1639, they moved to the Jodenbreestraat, the building that is now known as the Rembrandt house.

Rembrandt and Saskia live beyond their means. Saskia died in 1642, and Rembrandt kept true to his word that he would not remarry. This did not keep him from having affairs with his housekeepers, of which Hendrickje Stoffels was the most well known.
Necessity drove them to sell their house, and they moved to an apartment on the Rozengracht.
In 1656 they had a daughter whom they called Cornelia, after Rembrandt’s mother.

Rembrandt eventually died a pauper and was buried in a rented grave as he did not have the means to buy one.

De Nachtwacht (The Night watch)
Rembrandt’s most famous painting by far is called the Nachtwacht (night watch). This masterpiece, a display of the guards, attracts many tourists to the city each year. He painted it in 1642; it was originally on display in the palace on Dam square, which in those days functioned as the town hall. The painting is officially owned by the city of Amsterdam and is since 1885 on loan to the Rijksmuseum.
It has its own room named after it, and that’s being renovated, as are indeed the other rooms of the museum. The museum reopens its doors to the public again around 2013, whereupon the Nachtwacht will return to its familiar place.